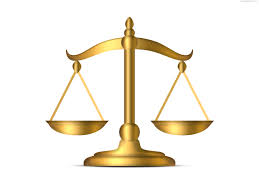 We know that President Donald Trump is a racist. It’s plainly clear to anyone with any common sense. He proclaims it all the time when he opens his mouth, with comments like ‘kung flu’ that he has used in two rally speeches so far.

That’s bad enough, but then we see White Americans figuring that if Donald Trump can do it, so can they. I can hardly stand to be a White American and I offer my apologies for, which will never be enough, the fools who are treating Black people, Americans, like inferiors.

Is it that white people are just being ugly to their fellow American Persons of Color, or have they always harbored hate and can now express it?

Josef Goebbels Would Be Proud

Donald Trump, like any leader in the world, have staff to aid them in carrying out their duties. Most leaders have a press secretary, by some name, that interacts with the media and the media reports to the public.

In the Trump Administration there two media networks that do more than report the news. Fox News and One American News Network (OANN) are networks that go beyond reporting, becoming accomplices in spreading the lies of racist Donald Trump and his racist operatives. Fox News and OANN are complicit to the point that the networks changed from media organizations into a propaganda ministry. 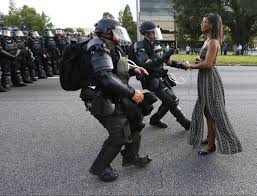 What One State is Doing About It

Americans have heard and seen reports, many with accompanying video footage, of excessive use of force and brutality against protestors and some rioters. We have the two Buffalo police officers who shove a 75 year old man, causing him to fall to the ground and hitting his head on the pavement. Then, while visibly bleeding from his head, he is ignored by many officers. They fail to render the man any assistance.

There have been reports of driving a patrol vehicle into a crowd of protestors, violently knocking protestors to the ground, police striking a man in the head, violently attacking and dispersing peaceful protestors to clear the way for a photo op, and so on. Members of the nation’s supposedly highly trained law enforcement personnel seem to have lost their ability to remain professionals.

Departments have relieved officers pending investigation into their actions, fired officers, and officers have been charged for their alleged violations. That’s all well and good, but what about the field supervisors who should be controlling their officers? Are they to get off without any disciplinary action? If there were no supervisors, then the command staff needs be held accountable. Also, more training at all levels may be called for too.

I acknowledge that officers have had to deal with rioting and looting, yet that is no excuse to be brutal towards anyone. We look to our law enforcement officers to work at a higher standard of behavior, to be professionals who stay within the laws.

Law enforcement agencies need our trust and we need to be able to trust them. Police have something no other civil group has, they can take away our freedom. It is vitally important that we know they will never let their professionalism fail them. We need our police, they do hold a thin blue line between a safe society and complete criminal anarchy. If we can’t trust them, then our society is doomed.

Right now in the United States there is a national upheaval occurring. Between the murder of George Floyd, the pandemic, and the tanked economy, we are teetering daily. We are unsure of what tomorrow will bring. When our national leaders fail us, as they are currently, we look to our state government to lead us and to our law enforcement to keep us safe.

America needs these protests to continue, to fight against systemic racial injustice. It needs to be done by Americans of all races, standing together to support our most discriminated against racial group – African Americans. Because until Black Lives Matter we will never be able to say that All Lives Matter. 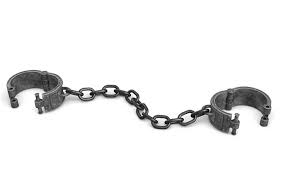 Where Do We Go Now?

There are many areas in society that need reform, so where do we start? I believe we start with the most visible organizations, the nation’s local, county, and state police agencies. How these agencies operate, are supervised and controlled must be changed.

Here is what is needed to begin the never-ending change:

Civilian oversight boards must be instituted for each agency, with the authority to access all necessary records to review police actions, with results reported publicly. This includes personnel and disciplinary records, incident reports, body and car cam footage, witness statements and recordings that are available.

Laws need to be enacted to outlaw any type of dangerous physical restraint, such as choke holds or knees to the neck. Only the minimum force necessary must ever be used and only after deescalation tactics have failed or are determined to be untenable.

Agency policies and procedures must be enacted and enforced in the steps an officer must take once a suspect is in handcuffs or under some form of physical restraint. These procedures must result in protecting EVERYONE‘S life as much as is humanly possible. Policies must be implemented that removes officers that have proven complaints against them. The removed officer should be retrained or terminated, as determined by department leadership.

As we all know, or should know, George Floyd was murdered by four Minneapolis police officers on May 25, 2020, and that it was captured on cellphone video. Mr Floyd was arrested by police for allegedly using a counterfeit twenty dollar bill to buy a pack of cigarettes. For this heinous offense, Mr Floyd paid with a death penalty being imposed on him. He was “tried”, “convicted”, and “executed” by members of the Minneapolis “Thin Blue Line.”

Mr Floyd was prone on the ground, handcuffed, and had ex-police officer Derek Chauvin kneeling on his neck. This lasted for well over eight minutes. Mr Floyd repeatedly said, “I can’t breathe,” but was ignored by the four officers. Ex-officers Tou Thao, J Alexander Kueng, and Thomas Lane stood by observing while Chauvin murdered Mr Floyd. Not one of them rendered any assistance to Mr Floyd to save his life.

I did not plan to write a post on Donald Trump so soon again, but he just can’t keep from making a spectacle of himself to the American public. I can’t let his behavior pass without calling him out.

President of the United States Donald Trump has called himself a war leader in fighting the invisible enemy of the COVID-19 pandemic. I agree that he is the WAR leader, but not the kind he thinks he is. Donald Trump is the White American Racists leader.

Why do I say this about the President? I will endeavor to explain.

Will it Ultimately Destroy us?

Racism has been a part of the fabric of white America for over a century before the Declaration of Independence stated that “all men are created equal”. What the document failed to say is that the “equal” meant not what it should mean. The white men writing the declaration meant that only white men were created equal (and even that was a lie).

White America made the unspoken declaration that racism was acceptable, so much so that racism became deeply intrinsic to the nation. Decade after decade over the past 244 years it has been a large part of White Americans behavior. Regardless of where on the timeline of America we look, we can find plenty of racist behaviors, both societal and institutionally.

Racism, for this article, is defined at dictionary.com as:

America today doesn’t seem to be a nation that makes much sense to the rest of the world, let alone Americans. Hell, let alone me especially!

There is a definitive change in our society, pandemic aside for the moment. It is debatable whether this change is good or bad. I guess it will really depend where you stand and look at it.

I stand in the middle, looking outward at the many angles of life that drive the existence of our country. In many cases I do not like what I am seeing, primarily because of the political situation America is currently confronted with. That situation is our President, Donald Trump, and all the ugliness he has brought forth to, as he sees it, rule the United States.