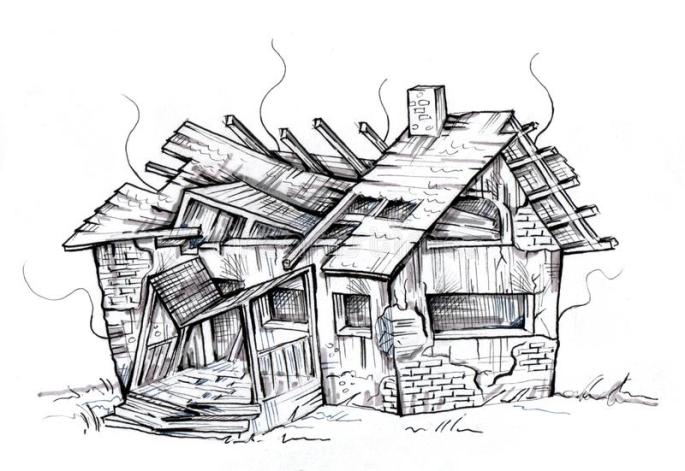 My House is Not Your House!

President Donald Trump has ordered the ending of the Affirmatively Furthering Fair Housing (AFFH) rule, turning back the clock to let lily white suburban communities be for lily whites only.

Jesse Van Tol, CEO of the National Community Reinvestment Coalition, said of the rollback that, “The president’s implication that this five-year old rule somehow ruined suburbs is both counterfactual and a transparent shoutout to white supremacists who don’t like that America’s suburbs, along with the entire country, have become more diverse.”

The rule was put in place in 2015 is for “providing its program participants (states, counties, municipalities and public housing agencies) with more effective means to affirmatively further the purposes and policies of the Fair Housing Act, Title VIII of the Civil Rights Act of 1968.”

HUD Secretary Ben Carson stated, “After reviewing thousands of comments on the proposed changes to the Affirmatively Furthering Fair Housing regulation, we found it to be unworkable and ultimately a waste of time for localities to comply with, too often resulting in funds being steered away from communities that need them most…”

Discrimination in housing was first tackled by the Civil Rights Act of 1866, enacted April 9, 1866, (but not ratified until 1870) was the first United States federal law to define citizenship and affirm that all citizens are equally protected by the law. It was mainly intended, in the wake of the American Civil War, to protect the civil rights of persons of African descent born in or brought to the United States.

While the law was needed, it failed to have any way for the federal government to enforce violations of the act. This failure made the law nothing more than a sop to Black Americans, the now former slaves in the United States. With this being the case, it didn’t stop discrimination based on race. It wasn’t until the Civil Rights Act of 1968 that anything changed, or was suppose to change, as we shall see.

An NPR article in 2017, “A ‘Forgotten History’ Of How The U.S. Government Segregated America,” In 1933, faced with a housing shortage, the federal government began a program explicitly designed to increase — and segregate — America’s housing stock. Author Richard Rothstein says the housing programs begun under the New Deal were tantamount to a “state-sponsored system of segregation.”

African-Americans were left to their own devices. With the federal government blocking them from decent fair housing took different forms to keep housing segregated. The NPR article pointed out that, according to Rothstein, in his book “The Color of Law”, he “notes that the Federal Housing Administration, which was established in 1934, furthered the segregation efforts by refusing to insure mortgages in and near African-American neighborhoods — a policy known as “redlining.” At the same time, the FHA was subsidizing builders who were mass-producing entire subdivisions for whites — with the requirement that none of the homes be sold to African-Americans.“

With the federal government actively segregating communities, for whatever reason(s), Black Americans didn’t stand a chance of having equal opportunities for fair treatment in housing. There is no logical reason for this other than White Americans didn’t want minorities spoiling their subdivisions in suburbia. Racism at its most blatant.

The Civil Rights Act of 1968 also enacted 18 U.S.C.§ 245(b)(2), which permits federal prosecution of anyone who “willingly injures, intimidates or interferes with another person, or attempts to do so, by force because of the other person’s race, color, religion or national origin” because of the victim’s attempt to engage in one of six types of federally protected activities, such as attending school, patronizing a public place/facility, applying for employment, acting as a juror in a state court or voting.

There could not be any discrimination in the advertising of a rental or sale of a dwelling. There was to be no neglecting the maintenance or repairs of rental units. No type of force, intimidation, coercion, retaliation or threats against any person exercising their rights to fair housing. Further, services and amenities could not be restrictions either.

Yet, with all that covered in the Act, discrimination continued decade after decade. The law itself does not protect those in the LGBTQ+ communities. Sexual orientation and gender discrimination is covered in state laws of more than 20 states. Even with federal and state laws protecting minorities there was no stopping white communities from doing all they could to “protect” their neighborhoods.

In 2015, under President Obama, HUD issued a new regulation to implement the affirmatively furthering fair housing requirements of the Fair Housing Act. With this rule, HUD is providing its program participants (states, counties, municipalities and public housing agencies) with more effective means to affirmatively further the purposes and policies of the Fair Housing Act, Title VIII of the Civil Rights Act of 1968.

Fairness to decent housing is everyone’s right. Since the end of the Civil War it seemed that, as in other areas of American life, equal treatment to housing was just an empty promise. One only needs to look at the cities across the country that have lower income Black Americans living in housing projects in the parts of town on the “other side of the railroad tracks.”

Then, our most controversial president ever decides to roll back the 2015 rule. While in Texas on a campaign visit President Trump said, “You know the suburbs, people fight all of their lives to get into the suburbs and have a beautiful home, There will be no more low-income housing forced into the suburbs. … It’s been going on for years. I’ve seen conflict for years. It’s been hell for suburbia.” If it is hell for suburbia, image what it must be like for Black Americans and other minorities.

In other words, discrimination in housing in the white suburbs was fine. Imagine a president allowing his racist beliefs to be the basis for his decisions against minorities. Why, you may wonder? It’s likely President Trump is doing all he can to rally his poor poll numbers among suburban voting blocks. Also, he is appealing to the white supremacists that are a part of his base. He can’t hide his racist beliefs and doesn’t seem like he wants to in the end. He’s a man who believes in division and turmoil.

The crass way he has exercised his duties as President leaves no doubt that America means nothing to him. America must work to prevent him from gaining a second term in office. If we don’t, Trump will feel emboldened to treat this nation and her people as his personal servants.

Many would argue that the Republic is on it’s last legs and that now is the time for revolutionary change. Those of the younger generations believe it is right that the Democrats and Republicans relinquish their stranglehold on the country and allow a new form of government, where equality in all things is more than an empty promise. A new nation where everyone has the same opportunities, where there is sustainable use and protection of the land. A new nation in which the term “poor” does not pertain to a person’s socioeconomic status and wealth is shared among all.

It’s time in their eyes for the dinosaur to become extinct. I can’t say, after sixty years of life, that I disagree with them. It’s time for Baby Boomers to step aside and let the younger generations lead America.

Decent housing, well maintained, should be a right, not a luxury.